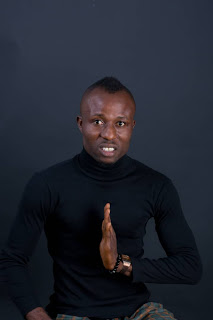 Fast Rising Comedian Pastor Chinko Set To Hold Comedy Show, “Funny Me”
Oluwadamilare Adedeji, popularly known as ‘Pastor Chinko’ is an event compere/comedian in the city of Ibadan.
Pastor Chinko is a gifted comedian who had the childhood dreams of becoming a renowned comedian.
Filled with the passion and determination to be successful in the career which speaks to his heart in a language that is deeply personal, Pastor Chinko began the journey right from his elementary school days where he was renowned for his ability to make people laugh.
He had his first performance at his church and since then developed the zeal to venture into the entertainment industry. For his journey so far, his commentary was that “God has been so good steadily.”
Asked about his coming show which was tagged: “The Funny Me,” he said the event is amined at proving to the public that he could do beyond Chinese concept and that he is funny by nature. According to him, that he is  “a professional/talented standup Comedian.”
But he is of course not new to the industry, he has done so many events in the past; Lafta Unlimited is the show tag.
Sub themes are The flip in 2017, SHAOLIN LAFTA in 2019, this year LAFTA UNLIMITED2021 THE FUNNY ME.
On how far he has gone with achieving his career goals, he said: “We have achieved the goal of coming out to the limelight now to the next one by moving the show around the continent.”
Pastor Chinko who holds NCE certificate in Business Eduaction and a degree certificate in Mass Communication, is also into photography, videography and jingle production aside comedy.
He looks up to Evangelist Yinka Aiyefele, A.Y Comedian, Gbenga Adeyinka, Odunlade Adekola as well as Dr smile in the entertainment industry.

Manchester United vs AS Roma